Earlier this month I decided to enter my first bike race, Guts, Gravel, Glory 2020. I lived on a bike in the 90s. Cheap Huffy and Murray BMX bikes and an entry level Raleigh mountain bike with a solid frame and front axle, but I haven't really ridden a bike since probably 1998. I finally decided in the fall that its time to get back on a bike because running is beating me up too much. I started out looking at mountain bikes, still being stuck in my 90s mindset that road bikes were for old people and professional racers. After a lot of reserach and thinking, though, I went the Gravel/Allroad route with a new Giant Contend AR 3 in June 2020, which took months to track down due to the bike shortage. 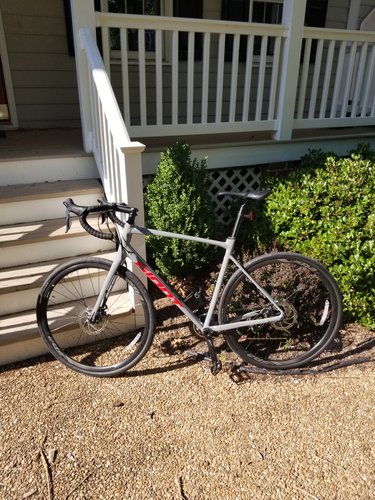 So with maybe a month of being back on a bike under my belt and a couple beers in me, a friend who is an avid gravel, mountain bike, and cyclocross racer convinces me to enter this Guts, Gravel, Glory gravel race. It was broken up into a few classes - 3 who raced up to 50 miles with 8 laps at 6.2 miles and a beginner class which raced just under 19 miles at 3 laps. On the 8 lap race, it was over when the leaders finished 8 laps, so it was possible to do less. I went with the 19 miler. The most I've ridden so far is 22 miles and it's been almost entirely road, so jumping to anywhere from 30-50 miles on trails seemed like a bad idea.

I rode my Contend AR 3, which is almost set up well for this - it's an All Road bike, so it has drop bars, aluminum frame, carbon fork, a decently comfortable position for long distance rides, disc brakes, 50/34 front gear and and 11-34 rear cassette, 700C wheels, and 32mm slick tires. Short of a full upgrade to a higher end bike, the only thing I'd change here is putting on some wider, lower air pressure, knobbier tires. I really should have at least let a few pounds of pressure out of these tires. The air pressure made for some rough riding and I believe contributed to a nasty fall where I was trying to avoid some ruts which I may not have if every bump didn't feel like it was going to shake my bike apart. In comparison, most of the bikes I saw were mountain bikes with at least a front suspension and a handful of properly set up dedicated gravel and cyclocross bikes, which left me wondering what I had gotten myself into.

The first lap is what prevented my top 10 finish. It started out well, in the pack, not riding too fast, but moving up and passing people while feeling like I was not pushing hard. A couple of surprise corners where I slid around more than expected, which different tires would have helped, but good overall until "The Bridge". This race always has a bridge over a creek which is just some plywood nailed to a ladder. It is at the bottom of a hill with rocks and ruts leading up to it. I missed my line to the bridge by paying too much attention to the ruts, since basically everything felt like it was going to break my bike with the high air pressure road oriented slicks on, and took a nasty fall onto the rocks on the left. A week later, I still can't lift my arm without a lot of pain in my shoulder and my ribs still feel bruised and battered. 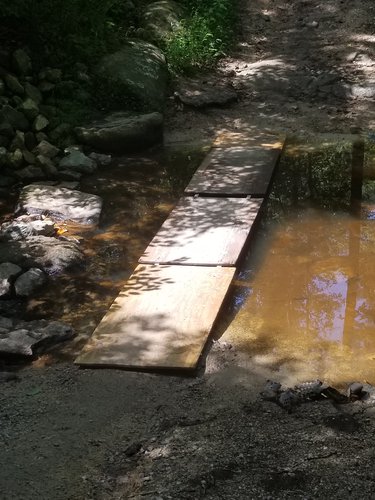 That alone wasn't what ruined me, though. Unfortunately, after recovering from the fall, I got away from the group and missed a turn. The missed turn lead me over a mile off course before I decided that I was going the wrong way and turned around. My 2nd and 3rd laps were fortunately fast and uneventful, aside from every little bump hurting my now injured shoulder. I pushed hard to make up for lost time and found myself catching and passing others. I ended up finishing 17th with my first lap just under 38 minutes, 2nd lap just over 30, and 3rd just over 31 minutes. Those last two laps were just quicker than 8th place. Based on that, had I not gotten off course I likely would have placed in the top 10 and potentially 7th or 8th. Overall, I'm happy that I was able to ride at that pace while injured and on a bike which was not quite set up correctly for the course.